According to the research report "North America Plant Based Milk Market Outlook, 2027" published by Bonafide Research, the plant-based milk market is expected to grow at a CAGR of 8.31% during the forecast period. North America includes the USA, Canada, and Mexico, out of which the USA holds the majority share of the plant-based milk market. While the smaller countries like Jamaica, Dominica, Cuba, Costa Rica, Bahamas, and others have a very small populace that is adopting plantbased milk. The vegan food trend is more exemplified in the larger and more prominent countries of North America than in the less developed, smaller ones. With the presence of leading manufacturer Blue Diamond Growers of almond milk based in California, almond milk is widely consumed in North America. Almond milk is low in calories and the new versions comes fortified with calcium. A lot of money has also been spent on marketing these plant-based milks, which has proven to be successful. Americans have grown tired of hearing that eating too much soy can cause hormone disruption, thyroid issues, and possibly an increased risk of breast cancer in certain women. People were turned off by soy and were looking for an alternative; at the exact same time, almond milk miraculously appeared in the dairy case. 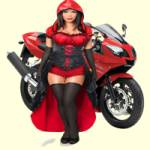